I’m proud to report that after a year of hanging out in my cube, the novel, Cubicle Envy, is finalized!  You can pick it up for $2.99 at all of the major ebook retailers.

I’m an accountant and I love working in an office.  You never know what’s going to happen next.  Some of those fun elements I’ve got a chance to joke about in the blog and it has been fun.  I appreciate you taking a coffee break with me.  There’s no doubt, though, that sometimes our laughter comes from frustration.  The novel is a reflection of the frustration many of us were feeling during the economic downturn.  The main characters decide to defraud their company to give all employees a much needed bonus.  Though their motives may have almost have been noble, their methods only serve to make things worse.

I’ve been fortunate to get the perspective of the cube dweller, but also understand the frustrations of middle management and the big picture decisions of upper management.  That full view is one of the things that sets this book apart a bit from some of the other office satires that often focus mainly on the staffers’ concerns.  I was able to take a serious topic like fraud and add just enough fun anecdotes to keep things rolling.  I hope the characters remind you of folks you’ve worked with or encountered along your path.

Cubicle Envy came out better than I expected.  If you read it, please drop a short review wherever you purchase it.  That partnership goes a long way as I’m just a one man marketing crew right now.  Thanks again for coming around the blog.  Good luck in your cubicle adventures!

I once had a colleague who said “Be your own boss, but make sure you use somebody else’s desk because it’s going to get messy.”  I would never advise someone to infringe on somebody’s personal space, especially in a work environment.  You can certainly stink up the office with microwaved fish, dial up the heat and get everyone angry, but when you start grabbing pens out of the little cutesy jars that people have on their desk or you borrow their chair and change the settings – have you no conscience? Here’s how I would calculate the No-Fly Zone in my cubicle.  If you disagree please chime in.  If you are sitting in your chair facing your monitor stick your arms out to the side (because it looks silly).  I would say everything from your fingertips to the back of your desk is a No-Fly Zone for cube guests, meaning they need serious permission to touch anything in that area.  It goes both ways.  Your guests probably don’t want to encounter your germs or crumbs or anything else hiding in the Zone.  IT, of course, has an exemption from the No Fly rules because they are taking their own lives into risk by touching your keyboard and mouse.

The pen thing is bad, but there are a lot of pens in this world.  There’s only one office chair.  You invested two hours in sliding things up and down, there’s casters rolling, cranking lumbar supports,  flapping ailerons.  You even watched a video on how to use your chair.  You are certain that the office looks strangely brighter from your new perch.  With your armrests cocked in that particular position the computer actually runs faster.  Glory, glory hallelujah!  It’s not a pretty place where they take your old chair (but I have a feeling that it will return).  You don’t care.  You’re like Mary Tyler Moore throwing papers into the air (then you pick them up because your boss is a little concerned that you’re losing it).  “It just so pleasing that the company spent $750 for a nice chair to help guide me through the coming years,” you think.  And you go home that day telling everybody how you got the sweetest chair. “It’s an Aeron, it’s got like 36 settings!”  Like your boss, your grandma’s a little concerned with your sanity, but as the months go by your relationship with your chair matures.  You’re just a good match.

Then one day you come in after a long weekend and something seems not right about the office.  You call over the cube asking around to see if they notice it too, but it seems to be you.  You go to reach for a pen out of your Staples Supreme Desk Organizer and you realize your arm has shrunk since Friday!  No, it’s the chair.  You try desperately to reset it, but it’s statistically impossible to get it back to where it was.  For forty-five minutes you’ve been hitting levers and rolling dials, but it’s not the same.  You coolly ask your neighbors whether they used the chair employing the phrases ‘any chance’, ‘possibly’,  etc.  OK, before you start terrorizing your neighborhood, let’s think this through.  Why would the people around you who have chairs of their own mess around with your chair?  Either they are playing a joke on you, in which case they should have hidden your cell phone in a ceiling tile and then repeatedly called the phone, or the neighborhood watch fell apart.  The third option is that they do know, but they’re not telling.  And I guess there is the outside chance that you’re just paranoid, but that couldn’t be it.

Ironically enough you had noticed the previous Friday that Barney Finklestien’s name plate was no longer on his cube.  Talk about a paranoid guy.  You wrote something a inappropriately mushy on his going away card, but hey, you were feeling good that day.  The good old days.  Anyway he had one of those rear view bike mirrors affixed to his monitor.  That would work really well to make sure nobody’s creeping around looking at your chair.  Unfortunately Barney’s cube now looks like a Dollar Store for used office electronics.  The 21 inch widescreen flat monitor is now a clunky old 17 inch.  Forget about the mirror.  There are like three keyboards all in various stages of rot, a couple of mouses, a printer that seems to missing a power cord, a bunch of pentab folders.  It wasn’t even a nice adding machine that he had, but it’s gone.  He had a serious scanner.  IT might have grabbed that one for their black market list.  You know, the list of special equipment that you need like eight signatures to get approved? Not because they don’t have it in a closet downstairs, but really just because you’re not allowed to play with really cool stuff until you have proven your worthiness by being on The List.  And, wouldn’t you know it, Bernie’s nice Aeron chair, the one he got a doctor’s note for, gone and replaced by your old chair.  Here’s your chance to bring that old beast of a chair out of the minor leagues for one last callup.  You’re like ‘Ugh, no.  I will stick with my new tainted chair.”

What is your best pickup from the employees who have gone to a better place?  Was it willed to you or did you have to sneak in ninja-style to get your prize?  Why do co-workers who should have more respect break the no-fly zone in a cubicle? 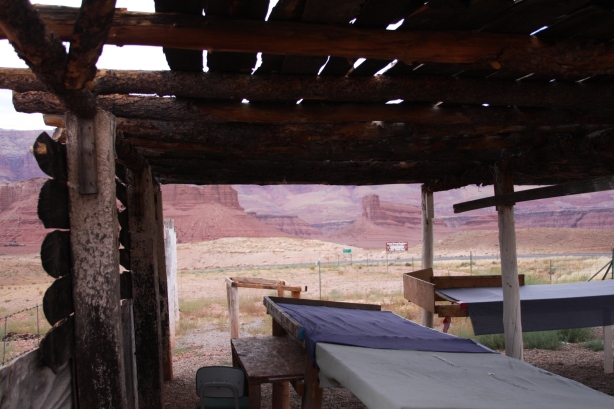 While You Were Out

An update to the novel: It's complete at 67,000 words. I'm looking for an agent/publisher This novel is commercial fiction of 67,000 words satirizing the world of corporate finance from the glossy glamor-shots of CEOs down to the jerk in the office that steals food from the desks of others. It follows an accountant, Chris Mackey, as he tries to leave Product-Wave and the people he had known there for a better job during the midst of recession in early 2009. Coming to realize there is nothing better out there, a frustrated Chris joins with some of his finance co-workers to scam the company. He’s going to come out of this with big bucks, right; a shiny Cadillac that’s his passport to Mexico? No, in the end they decide to simply send a message to management that giving a bonus to an officer when all of the staff is on a bonus/salary freeze doesn’t go unnoticed. They come up with a plan to divvy up the officer’s payroll taxes and send each employee a little gift of $6 in their paychecks one week. While the morality and definition of fraud as a crime is an obvious topic in this novel, it also deals with workplace motivation (and de-motivation), as well as the relationships we have with our co-workers (are they true friends or are they just work friends).

Geoff Jarok, MBA, CPA has worked in public accounting and in the software industry for a long time doing everything from changing flourescent light bulbs to advising crusty millionaires to getting lost in foreign countries. But still no dumpster diving in a full suit! There's always the next job. Check out his other blog about life outside the office, Darkness Before the Light at http://darknessbeforethelight.wordpress.com/

Collecting every topps set since the year I was born

The wacky stories of a crazy lady.